Some of the pictures i take don't make it to my website for various reasons, however I know some people would still like to see them, so on my blog I hope to show some of these photos and share some of the foxes stories, and other photography adventures too of course!

Don't forget to check my Urban Fox gallery for the best images, and the Live web cam for all the action as it happens.

It's been just over two weeks since my last blog, so what's changed? Well not a lot, other than the size of the cubs! For those of you who have been watching since the start I'm sure you will remember just how small they where. Their ears where still flat and they had very short muzzles, but now they're looking a lot more foxy! With their ears developing, so has their hearing and sight. The cubs showed this off just a last week when they started paying attention to a pigeon in the garden, this was the first time they'd really looked at a pigeon. With interest, 4 cubs sat behind mum, Jack, and watched on... One cub couldn't resist going to find out what this funny thing was, so he slowly crept closer and closer. Of course the pigeon wasn't bothered about the tiny ball of fur following it and just wondered off until a noise scared him. With the sound of the pigeon flying off, the cub ran as fast as his little legs could take him back to the den. This didn't put him off for long though and he was soon back out with his eyes on another pigeon. However this time mum decided it wasn't safe for him and she chased the pigeons off herself!

All the cubs are doing well and look healthy, but one cub seems to be a bit braver than the other cubs. This little cub is called 'Socks', named due to his two white back paws! He often follows mum a bit further than he should and pushes his luck by biting her tail! He also seems to be the most dominate cub, as he's often the one starting the fights with the other six. He seems to have quite a big personality already, so I'm sure we'll be seeing and hearing a lot more about him as the cubs grow! Look out for him on the Live CubCam, with his two white back paws!

All 7 cubs are very healthy and there doesn't appear to be a runt of the litter so far. Unfortunately it is still too young to tell how many males/females we have just yet. I am starting to be able to ID a couple of the cubs though, with socks is the most obvious. There are another two cubs with one back white paw which I can also ID apart, and one cub that is much more grey than all the other cubs. So that's 4 out of 7 I can tell apart so far, hopefully I will be able to tell the difference between all 7 soon, and then we can think of names to help tell their story. Does anyone have any name suggestions for some after watching them live? One cub seems to often be alone sleeping in the den, has anyone else noticed 'sleepy'? Any names to fit this sleepy little foxy?

For now, here are some fun pictures of the cubs during their time out, stay tuned for more blogs coming soon. Some of the upcoming blogs will feature things we've seen on CubCam and another will feature lots of shots of the foxes playing! 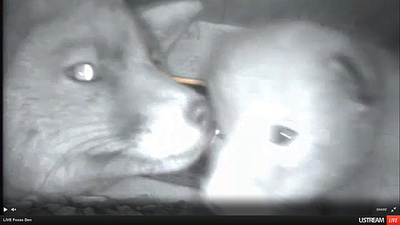 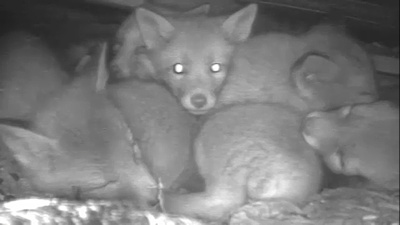 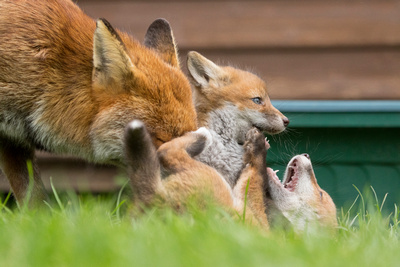 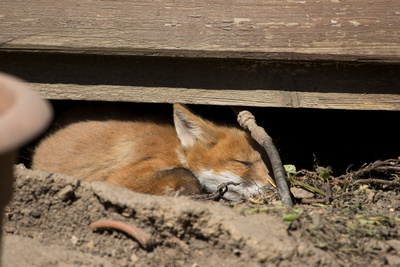 Sleeping at the den entrance 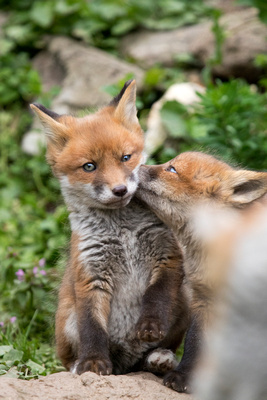 One cub getting in the way at the front right! 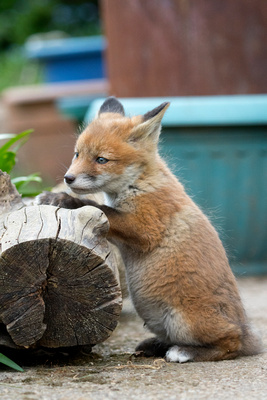 A funny way to sit 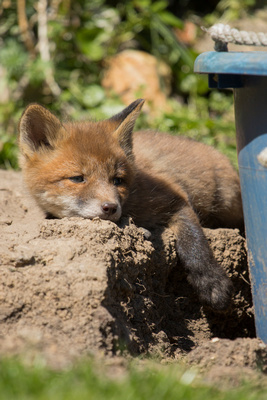 A nice relax in the sun.. 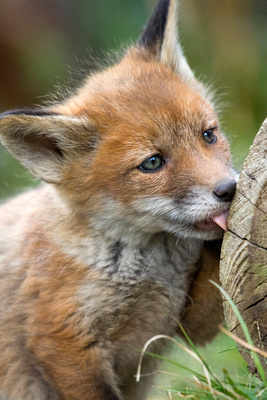 Can i eat wood? 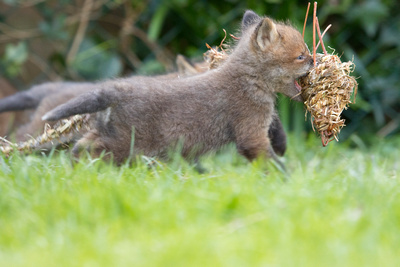 The cubs will play with anything they find! 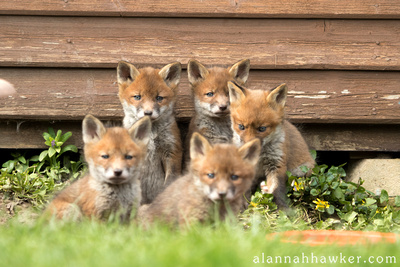 Tina Edwards(non-registered)
It is wonderful to see the foxes in colour. I have been following them on video for a while now and to see them in colour is a joy. Bless the little one who fell in the pond.
Soit(non-registered)
Thank you for your blog and especially for the videos - these in colour and quality and live channel. Love the idea with 'Socks' name. Also noticed that sleepyhead - even when others are hopping outside - this one's napping. Hope he/she is okay and just likes to be left alone.
No comments posted.
Loading...
Subscribe
RSS
Recent Posts
Growing Fast 2015 Foxes
Keywords
Fox animal family foxes story uk urban surrey wild wildlife
Archive
January February March April May June July August September October November December
© Alannah Hawker Photography
Powered by ZENFOLIO User Agreement
Cancel
Continue