For any regular followers of my work, you will know that I have been following foxes since 2011, and since 2012 I have been following a particular family that are very special to me. Following the foxes is exciting all year round, but there is always one month I look forward to the most, April! This is of course when the fox cubs will start to emerge from their den and take their first looks at the world.

The foxes always den under my neighbours shed, apart from in 2012 when they decided to den under the shed in my garden. Since then I have hoped each year they would use my shed again, as when they stopped using it in 2012 I set a camera up under the shed, so their very first moments of life in their den could be watched. However the foxes are wild animals of course, and you can never predict them! Each year they dug out under my shed but changed their minds at the last minute. This year seemed similar, the foxes dug a huge amount of soil from under the shed and were digging at it every single night. I got my hopes up thinking I could finally use the camera, however when I saw Jack, the vixen I follow, on the 2rd of March I could see she had given birth but wasn't using the shed. Another year without the camera being used.. Or so I thought.

The next week Jacks behaviour changed, and we noticed that she had moved the cubs under the shed at just days old! I hurriedly set the under shed camera up (without disturbance of course) and since then we have been able to watch the cubs live in the den! A very exciting addition to the 2015 Fox story! We have been able to watch amazing moments such as the cubs suckling from mum, to their first attempts at solid foods, and hopefully lots more still to come!

Once the cubs hit 4weeks old (30th March) they started to look out from the den and wonder around outside. Since then I have been out with my camera documenting their lives. Some of the pictures i take don't make it to my website for various reasons, however I know some people would still like to see them, so on my blog I hope to show some of these photos and share some of the foxes stories, and other photography adventures too of course! Welcome to the blog, I hope you enjoy it!

Don't forget to check my Urban Fox gallery for the best images, and the Live web cam for all the action as it happens. 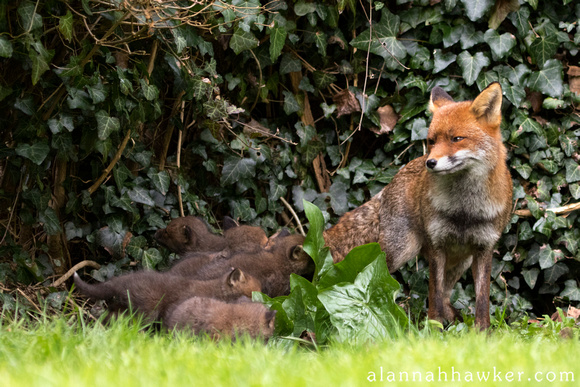 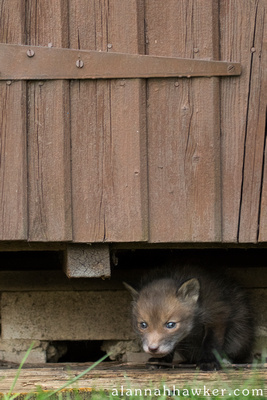 Staying close to the shed.. 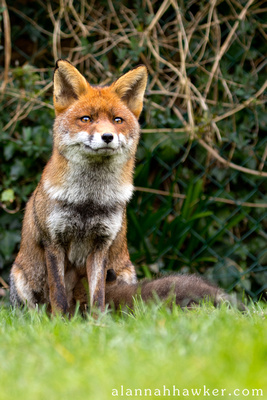 Jack can't get away from some hungry cubs! 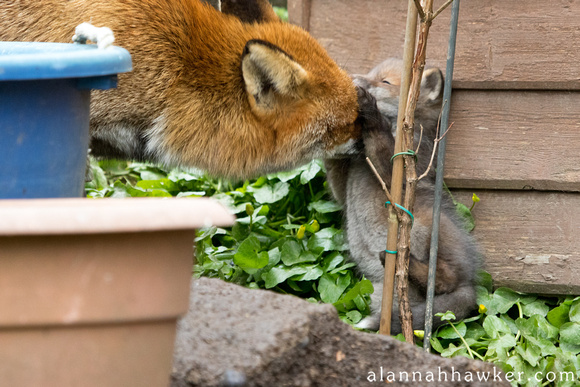